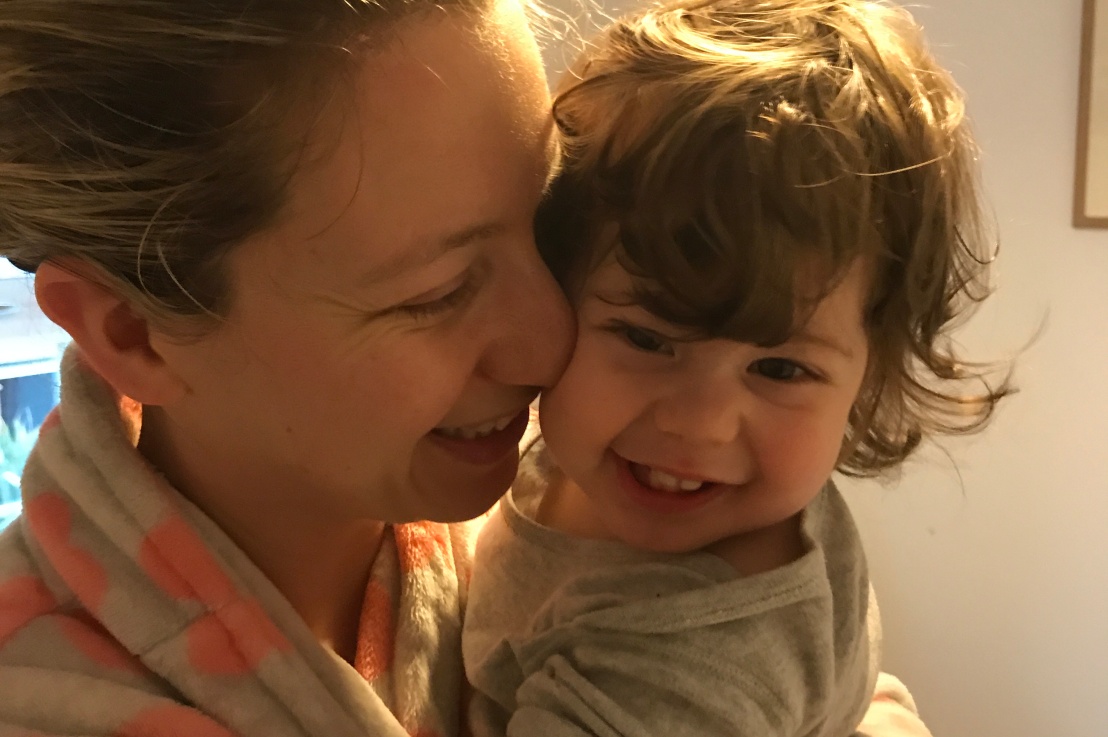 It turns out that two kids and a full time job makes you very busy.  Very busy indeed.   I realise that people manage with many more children than I have.  And multiple jobs.  But honestly I have no idea how.  No.  Idea.  At.  All.  I am exhausted at every minute of the day and I feel like I rush everything and just get it done, rather than actually doing anything well.  For a perfectionist that is hard to swallow but, probably, also a blessing in disguise, which forces me just to try and accept that not everything can be perfect.  I say try because I can’t bear feeling so out of control 98.74% of the time but right now I have very little choice.  I digress a little in an attempt to explain why I’ve been so quiet on here lately.  I simply haven’t had the energy to write, so this update is a little overdue.

I went back to work when I was exactly 6 weeks post-op.  I had been assured that this would be fine and that I should be returning to normal activity around that time.  I was far from fine.  Add into the mix that I decided it would be a good idea to start a brand new job with a brand new company on my return from maternity leave for the 2nd time in 4 years and then a nasty stomach bug which left me unable to actually to start work when I was supposed to (all I can say is thank goodness it didn’t happen any earlier as I’d have opened my wound up it was all so violent) and the circumstances couldn’t really have been worse.

We realised by 3 weeks that I wasn’t going to have a particularly easy recovery.  You can read all about it here but the extent of the repair to my abdomen, never mind the amount of skin I had to have removed had made my operation far more complex than the norm and I found it incredibly hard to keep my spirits up when the only case studies I had been given were people with far less damage who had been up and about and “back in a tight dress” within 2 weeks (that was an actual comment someone made btw and if I bumped into her in the street I think I’d still want to poke her in the eye and call her a cow).  It very negatively impacted my state of mind.  I felt like a failure.  Like a wimp who couldn’t deal with it as well as other people did and like my body was letting me down again.  There were times that I actually wished I’d just left my massive stomach the way it was and felt like it would be better to have gone through my whole life being asked when the baby was due.  The swelling made it hard for me to tell whether surgery had really improved anything at all.  I lost count of the number of times my mum had to remind me that it would be worth it in the end.  I was tired and sore, desperate to hold my babies again and utterly fed up.  I was still unable to do any of my physio stretches and unable to straighten when I walked and my stomach became even more swollen and heavy if I was too active.

Phoebe’s first birthday came and went and I will always feel a little sad that I couldn’t join in with the entertainment at her party because I couldn’t get onto the floor.  I was starting to get very anxious about my return to work and had no idea how I was actually going to manage to do it.  My mood was low, I was irritable and snappy and BORED.  Oh so very, very bored.

What I realised was incredibly important at this time was to try, in any way I could, to shut out anyone else’s recovery.  The only recovery which mattered was mine.  I had no choice other than to take one day at a time and to hold onto the fact that one day, however many days it took, things would improve.  The stomach bug was horrific and at the same time, I developed a stitch abscess which hurt like hell and gave me an open crater on one part of the wound.

My 6 week check nearly sent me off the rails.  I was chided for not being back to normal activities, despite being told 3 weeks earlier not to do anything at all until 6 weeks because of the size of repair I’d had done.  I was told off for still having surgical glue on the wound when not one single person had told me I should have been soaking in a salt bath for 30 mins a day to get it all off (several major issues with this; I couldn’t bend over to close the plug in the bath, I couldn’t bend my legs enough to climb into the bath, I couldn’t lower myself into the bath, I couldn’t get myself back out of the bath…shall I go on…??).  I thought the glue would just come off when the scabs did.  I was told that the stitch abscess was “an enzyme reaction” to the stitches and not an infection (I felt vindicated a couple of weeks later when the hospital rang to tell me the swabs showed it had been an infection after all.  Fortunately my antibodies did their thing and there didn’t seem to be any lasting consequences, aside from the crater).  But 42 days after last holding my baby girl, she was back in my arms and I can’t even begin to describe how amazing that was.  As Gabe passed her to me, she opened her mouth wide and gave the biggest smile, held her arms out and cuddled me so hard I cried.  We take for granted the way our muscles work so hard to perform the most basic of tasks but I could feel every part of my stomach quivering as I held her – to be fair she’s not the slightest of builds – and I very soon had to pass her back.  I wasn’t exactly on top form for starting a new job.

But start a new job I did.  Not many people knew about the operation so what they must have thought about the new girl hobbling round the office I have no idea.  My desk is on the top floor but no one uses the lift and I felt like people must be judging me for waiting 5 mins for the lift to rattle and shake to wherever I was rather than following them up the stairs.  Collecting the children from nursery was pretty challenging as I could only just get Phoebe into the car seat and getting her out required the preparation of an Olympic dead lifter about to take her final lift of the gold medal bout.

But soon enough a week passed.  And another.  And then I realised that I was walking better and swelling less.  That I quivered less when I picked up my little girl.  The glue had gone (after several sessions in a salt bath when I could finally get in the damn thing) and with my mind occupied and challenged, I was thinking less about my stomach and more about the job at hand.  Just getting on with it.  I realised my clothes were falling off me and I actually enjoyed going to a shop and starting to learn what styles suit this new body of mine.  I will never look like I did when I was 21, or even 30 (let’s face it, who does?!) but I’m feeling like just occasionally I look, well…nice.  I have dropped 2 dress sizes so far and not one person has asked me when the baby is due.

I’ve been back to the physio who gave me the confidence to start the whole process off and she feels my abdominals are stable and secure so I’ve upped the level of strengthening exercises and can start doing some gentle cardio.  We’ve agreed a plan to start back riding at 6 months and I’ve also set myself the challenge of completing the couch to 5k at that point.  I have secret (not so secret anymore hey) ambitions of trying a marathon one day but maybe I shouldn’t run before I can walk…although I guess I can walk again now so running is the natural progression.

So has it all been worth it?

It has, without a doubt, been one of the most grueling times of my life.  Off the back of a recent C-section recovery and with two very small children, at times I have felt like the end was a long way out of sight and if I’m very, very honest, I’ve felt bitter that this had to happen to me.  That I had to go through it when other people just seem to bounce back from having babies.  But then that’s the thing about life isn’t it, we all go through things we wish we didn’t have to and I’m just so incredibly grateful that it was something which we could try and do something about.  I will never look like I did before but I’m ok with that.  I suppose you could say I’ve made peace with it.  Even now, several weeks later, I thank my lucky stars every time I get onto the floor with my children that I am able to do it.  When I bend over I remember how not so long ago I couldn’t.  And when I stride off on a mission (and even my 6’3″ husband can’t keep up with me when I really get going) I relish every step, which weeks ago felt so hard.

So roll on 6 months because then there really will be no stopping me.  World, I’m coming to get you.